How to Choose the Right Networking Standard for Your IoT Device 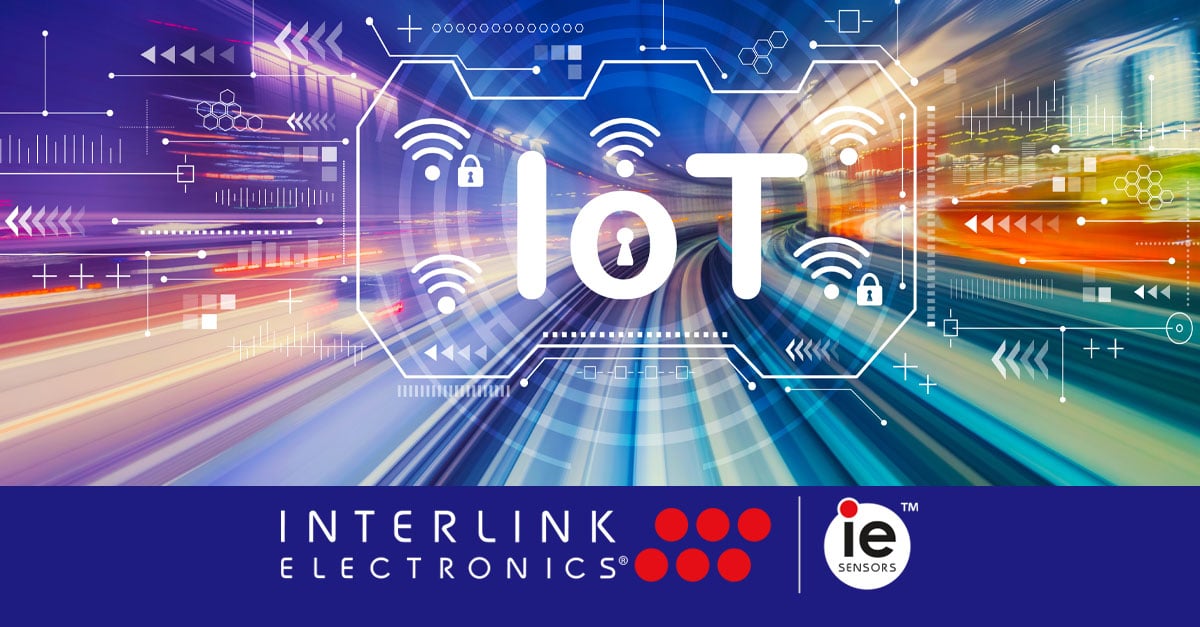 Whether your IoT device is two feet or two continents away from its base station, you have options.

From time to time, one of the major electronics manufacturers—Samsung, LG, and Sony are among the usual suspects—will introduce a new networked appliance or gadget at an event like CES (remember when live trade shows were a thing?) that will inspire a spate of articles about how the Internet of Things revolution is just on the cusp of changing our lives forever. But the Internet of Things (IoT) is no longer just a buzzword designed to generate online excitement and grab reporters’ ink. In truth, the rollout of IoT technology has been progressing surely and steadily for years, growing momentum as it is adopted by new industries and integrated seamlessly into new facets of everyday life.

Before we go further, perhaps it’s useful to take a quick step back and address the question, what is the Internet of Things? Simply put, it refers to the ever-expanding range of devices and objects that can be networked. This not only allows users to remotely manipulate these devices, but more importantly, allows sensors in the devices to collect data about its environment and send it back to a central database. This is where IoT really shows the promise to change the technological paradigm. Once this data is collected, it can be analyzed to optimize processes and contribute to machine learning algorithms that improve software performance over time.

All of these benefits depend on the ability to integrate sensors and network connectivity into any product imaginable. As a world-leading trusted advisor and technology partner for human-machine interface (HMI) devices, sensors, and other cutting-edge technologies, we have plenty of standard sensors and expertise in building custom sensors. However, we are also full-service integrators, meaning we can provide engineering resources to also help our customers solve the networking side of the equation. Long gone are the days when devices were tethered to Ethernet cables; there are a plethora of wireless connectivity options available, each with its own use case depending on distance and power requirements. In this post, we’ll explore the different tiers of wireless connectivity—sorted by range—and the advantages and drawbacks offered by each.

The most noteworthy and recognizable personal area network (PAN) standard is Bluetooth, which is often found in consumer electronics because it requires the master device (often the user’s phone) to be in relatively close proximity to the edge device—usually the same room. This makes it a great solution for things like heart rate-monitoring headphones, game controllers, and smart watches, among many others. The main drawback, of course, is its range. Anyone whose favorite song has unexpectedly cut out after they absentmindedly walked too far from their wireless speakers is familiar with this issue. Basic Bluetooth power consumption is fairly low, but the standard also supports Bluetooth LE, a low-power version that uses between half and one hundredth as much power—depending on the use case. This energy efficiency comes at the cost of a slower data rate, but makes the standard more useful for IoT devices that rely on battery power.

While Bluetooth reigns supreme, there are other formats in the wireless PAN segment that are worth considering. For instance, Zigbee is a low-power, low-bandwidth standard that is especially useful for applications like medical devices, home automation, and other energy-sipping sensors.

Like Bluetooth is for PANs, the various 802.11 protocols, commonly known as Wi-Fi, comprise the dominant standard for wireless local area networks (LANs). Wi-Fi has already been part of most of our lives for many years, and this ubiquity makes it an attractive choice for IoT networking. After all, IT staffs are already used to working with it and likely already have infrastructure in place. It has also become very secure over time because it is such a common target for attack—most vulnerabilities have already been uncovered and fixed.

Compared to Bluetooth, Wi-Fi offers significantly longer range, which can be further expanded by adding repeaters to create a mesh network. This makes it a great option when coverage needs to encompass a building, factory, or small campus. Not only does it transmit farther, Wi-Fi offers the highest throughput and data rate of any technology on this list. However, these advantages come at the cost of high power usage. This makes Wi-Fi most effective for applications with access to power mains. But when you need to distribute your IoT sensors far and wide, you’ll need something a bit more specialized.

The holy grail of IoT networking, these emerging standards generally transmit data at slower speeds but offer ranges that span miles instead of yards. These technologies also use less power than their alternatives, which allows sensors to keep transmitting data for years on end while powered by a small battery or energy harvested from the environment. (you can learn more in our previous post: The Energy We Need to Power the IoT Revolution Is All Around Us…If You Know Where to Look.) The tradeoff is significantly slower transfer speeds and lower throughput, which is why low-power wide area networks (LPWAN) are most effectively employed on widely distributed networks of low-power sensors that don’t need to constantly transmit data back to a base station. For example, a moisture sensor in a field of crops or an air quality monitor in a city only need to collect and transmit data at certain intervals during the day. In industrial IoT settings, sensors on certain machinery may be located in particularly inaccessible spots, which makes the extended battery life of these sensors even more appealing.

Unlike the previously mentioned tiers, this space is still a Wild West of sorts, with multiple standards competing for market share. However, many do share common traits. Typically, these standards rely on radio frequency (RF) technology, which uses radio waves to transmit data packets from edge devices to base stations, which can then send the information along for analysis or storage.

A number of leading protocols, including SigFox, LoRa, and Dash 7, operate in the unlicensed frequency range, while others—such as NB-IoT and EC-GSM-IoT—operate in the range licensed for cellular data. Once again, this presents a trade-off. The unlicensed bands, by virtue of their open nature, are more heavily saturated than the regulated bands, which means transfer speeds are slower. However, standards operating in the regulated frequencies need to pay licensing fees, making the service more expensive. Which standard is best for your particular application will be mostly be dependent upon your bandwidth needs.

The leading wireless wide area network (WWAN) for IoT is one we are all already intimately familiar with. (You might even be using it to read this post right now.) Cellular telecommunications standards like 2G, 3G, 4G, and even the new 5G can be harnessed for IoT networking when fast data rates are required or you would rather take advantage of the existing cellular infrastructure instead of deploying an LPWAN. Of course, since you’re using a telecoms company’s cellular equipment, you will have to pay for a plan that fits your data usage forecast. These standards are also more power hungry (especially when you start using 4G or 5G), which rules them out for agricultural or industrial IoT applications in which the sensors are located in inaccessible spots, making replacing batteries an onerous chore.

A less developed segment of WWAN networking options uses satellites to communicate with IoT devices. Most of these networks are still being tested or deployed, so the technology is still in its early stages. However, it is certainly a segment we will be keeping our eye on.

Interlink Electronics is rooted in sensor technology, and the emergence of the IoT is the biggest thing to ever happen to the industry. Soon, sensor technology will allow the devices we use at work and home to better react to their surroundings and learn to become more efficient over time. As a full-service IoT integrator, we don’t just help your business develop the best sensor technology for your IoT product, we also work with your team to select and integrate the right networking standard for the job. If you would like to discuss your IoT project and how we can help in greater detail, please don’t hesitate to reach out today!

Get Our Latest Posts in Your Inbox!

Don't miss out! Sign to be notified when new blogs are posted and stay up-to-date with industry news and insights from Interlink Electronics.

Our relationship with technology is evolving at breakneck pace. More devices than ever will need sensing, HMI, and sensor fusion technology, and Interlink is ready to provide you with the latest and most reliable information to address your multi-modal sensing needs.