What Is LoRaWAN and How Is It Shaping the Internet of Things?

The new networking protocol will bridge the gap between Interlink’s sensors and the data servers they communicate with.

Coined nearly two decades ago, the term “Internet of Things” (IoT) has been thrown around so often as a buzzword in the years since that it has lost much of its impact. This result is hardly surprising; it seems that every year we are promised that a future chock full of internet-connected everyday devices is just around the corner…but that payoff has yet to arrive. However, we may now have reached the tipping point thanks to the emergence of technologies whose goal is to standardize IoT networking protocols to let this burgeoning technology sector thrive. One of the leading contenders in this space in LoRaWAN, an open networking standard that we will take a closer look at in the following paragraphs.

What about existing technologies?

Companies such as Samsung and LG have brought smart appliances like washing machines, ovens, and refrigerators into our homes, but those devices use the home’s local Wi-Fi network to communicate with a server via a standard internet connection. While these local networks like Wi-Fi and Bluetooth are great for short-range communication, they cannot be scaled up for applications over wide areas, such as for agricultural monitoring or citywide sensor networks. Meanwhile, cell networks are great for transferring data quickly over long distances, but those connections require a good deal of power from the end device, and network operators predict they will only have enough bandwidth to serve 10 to 15 percent of the new IoT devices that are expected to come online. 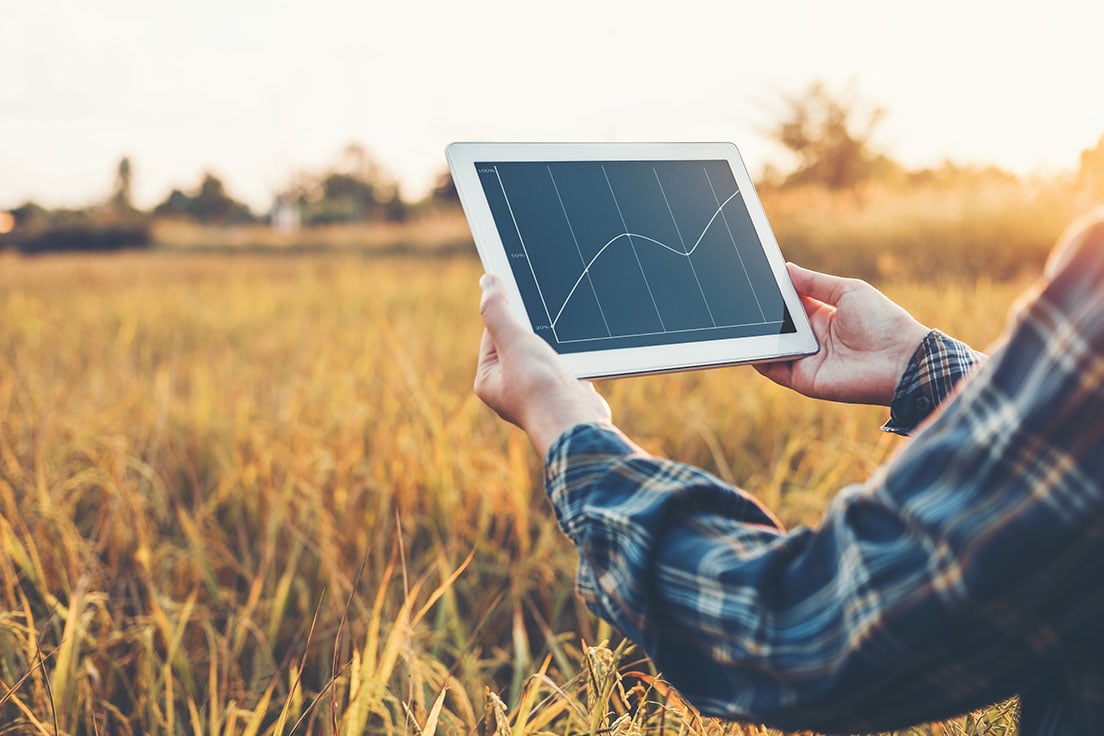 This porridge is just right

LoRaWAN bridges the gap between these two extremes. Not only does it cover an exceedingly long range—the LoRaWAN network recently set a world record by transmitting a packet 436 miles—it’s also a low-energy solution, allowing battery-powered IoT devices to transmit for years on a single charge. Here’s how it works: Devices on the network (called nodes) use sensors—like the Force Sensing Resistors® built by Interlink—to collect data, which is then transferred via radio frequency (RF) packets to one or more gateways. These gateways capture the RF packets, convert them into standard IP packets, and then send them along to their destination server using high-speed connections.

To ensure that each node is using the least amount of power it requires and is not hogging the network’s bandwidth, the devices are classified into one of three groups according to their energy needs and frequency of communication. Class A nodes are the most energy efficient and will only send transmissions when the device requires it. The network will never force a Class A node out of sleep mode, so it is an ideal option for battery-powered sensors that must work for years on end. At the other end of the spectrum is Class C, which is designed for devices with a constant power supply that can keep their receivers open for handling data at all times. These nodes require more energy, but latency communicating with the network is eliminated. Class B offers a compromise between both needs.

Within the LoRaWAN ecosystem and system architecture, Interlink’s human-machine interface and sensor fusion solutions can be implemented across large and distributed networks of wireless connected devices. For instance, force sensing devices could be used in vending machines across a city to determine when a row of drinks will be depleted and to relay this information to a restocking service. Alternatively, a ride-sharing platform could use force sensing and motion sensing solutions embedded within seats to detect when there is an actual passenger in the car, helping prevent drivers from conducting off-the-books rides. The same technology could also save lives by reminding parents if they have absentmindedly left a child in the car. The LoRaWAN network is poised to open a whole new frontier of applications which could be enabled using our sensor fusion technology platforms, allowing Interlink to capture exciting market opportunities in this technology paradigm shift.