Sensor Technology Is Invading Every Facet of Our Lives… And It’s Spectacular! 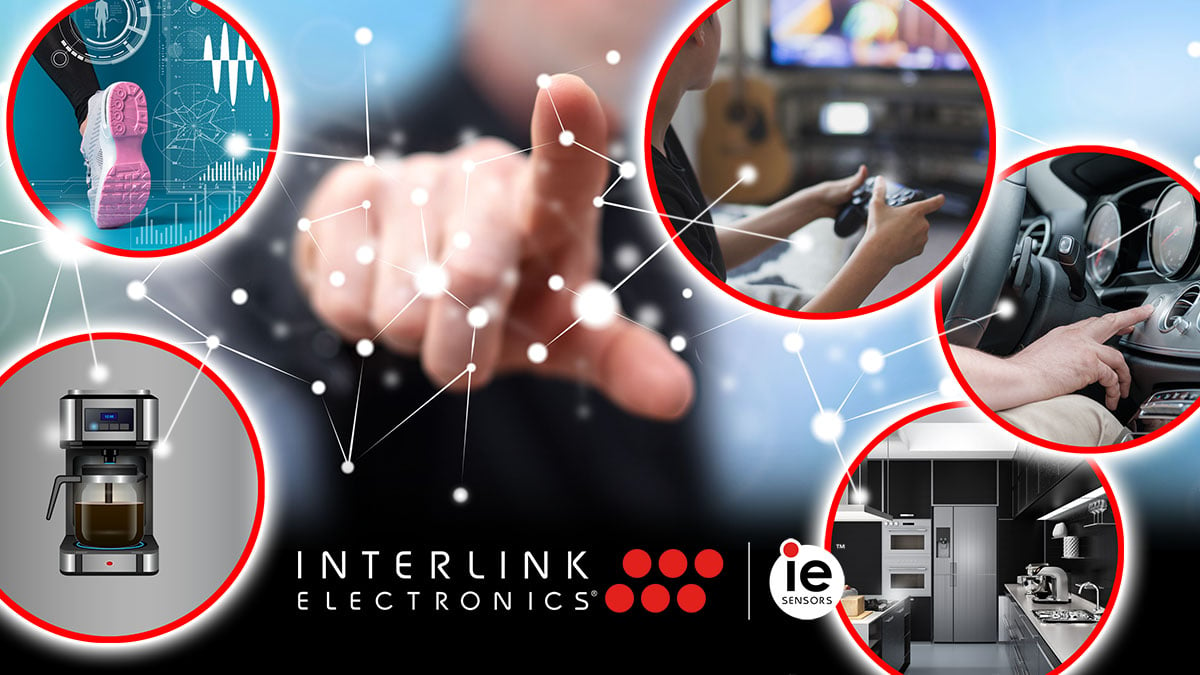 Common devices are being equipped with more and more sensing technology to give users greater control over their everyday lives.

It’s easy to fall into the trap of thinking about sensors in a purely abstract way. Sure, we know current and emerging sensor technology is crucial to the expansion of the IoT, which is forecast to revolutionize everything from agriculture to city management. We’re also intimately familiar with a sensor fusion device (one capable of integrating the outputs from multiple different sensors) that is likely only a few feet away from us at any given time—our smartphones. These now-essential machines are equipped with GPS sensors, accelerometers, capacitive touchscreens, light sensors, and IR scanners, among many others.

But as technological proliferation grows by leaps and bounds and we move towards the trillion sensor universe, even the most mundane devices and appliance in our daily lives are becoming awash in sensing technology. These deceptively smart devices may resemble their forbears at a glance, but thanks to their ability to understand the world around them through sensing technology, their capabilities far outstrip those of their predecessors.

Here are just a few examples of devices that we’ve used for decades, and how recent additions of modern sensor technology have taken their functionality to the next level.

Take, for instance, the humble coffee maker. For many folks, it’s an essential part of their morning (perhaps the essential part). And while luddites may still cling to their French presses, modern coffee machines are often loaded with sensing technology. The latest models include everything from touchscreen interfaces, AI-based voice control integration, and the ability to precisely control nearly any variable you can imagine during the brewing process. All of these inputs and systems rely on various forms of sensing technology to translate conditions in the outside world into data that the device can understand and react to.

To make this process seamless, high-tech coffee machines utilize touchscreens as their main human machine interface (HMI), with the number of physical buttons and switches on the units being kept to a minimum. Optical sensors and force sensors detect the presence and size of cups in which to dispense the machine’s contents. Meanwhile, water temperature sensors and pressure sensors are all monitored precisely, ensuring each cup is made to specification every time. Another group of sensors even proactively prevents problems by using force detectors to make sure all components securely in place before operation.

Modern video game controllers go far beyond simple joysticks and electronic button inputs. These advanced HMI devices are not only far more complex than their predecessors, to keep frustrated gamers from throwing them at the wall, they must also be precise and responsive. The latest generations of controllers from the big three console makers (Microsoft, Sony, and Nintendo) have included gadgetry like IR sensors, built-in voice commands, haptic feedback, variable pressure sensors, capacitive touchscreens for fingertip controls, and gyroscopic sensors and accelerometers to detect motion.

The push into virtual reality introduces even more advanced interfaces that help gamers more fully immerse themselves in the experience. A bevy of motion detectors in the headset and hand controllers are paired with external optical or IR sensors that track the user’s motion in 3D space. The most recent VR hardware releases from Oculus take the technology even further by dispensing with the external sensors, instead relying on cameras embedded in the headset and predictive algorithms to track motion without needing to set up a room specifically for VR.

Of course, while gaming is one of the largest applications for VR, the same technology is being used in more practical applications. These advanced bundles of sensors can also help professionals approach their business in novel ways. For example, car manufacturers use VR to visualize their concepts in full-size 3D space without needing to build models or prototypes. In the age of COVID-19, these wonderful sensor fusion devices can allow people quarantined in their homes to attend virtual events like concerts and stand-up comedy shows.

This category is a bit more iterative than those we delved into previously. It comes as no surprise that automobiles have long employed a wide range of mechanical and, more recently, electronic sensors to keep track of almost everything going on under the hood. This monitoring is so comprehensive that nowadays mechanics can often just rely on error reports generated by this array of sensors to diagnose any given problem. An exhaustive list of all the sensing technologies integrated into engine management systems would be interminable, but examples include everything from airflow and voltage sensors to speed and temperature measurement devices.

Meanwhile, inside the cabin, sensing technology has been utilized to enhance functionality as well as occupant safety and comfort. Capacitive touchscreens are often employed as the HMI device of choice when interacting with navigation/infotainment systems. Meanwhile, pressure sensors in passenger seats can detect the weight of a child and turn off the airbag, protecting them from serious injury.

However, when it comes to truly revolutionary uses for sensors by automobile designers, the most exciting developments are in the augmented and automated driving sector. These technologies can range from relatively simple lane departure systems that correct a vehicle’s trajectory if the car begins to veer out of its lane, to parking assistance for the dreaded tight parallel spot, to systems that are advanced enough to take over nearly all driving duties. However, such being tasked with such important duties call for a system with built-in redundancy to minimize the chance for mishaps. In these autonomous and semi-autonomous driving scenarios, cars employ optical sensors, sonar, IR scanners, and Lidar, among others. Lidar is an especially fascinating technology, as it uses laser light to map the surrounding environment with incredible fidelity. By combining all of these various sensors, we can create self-driving cars that not only safely follow traffic laws, but also have the ability to react to unexpected events more quickly than a human driver ever could.

As our first example showed, kitchen appliances are ripe for sensor integration and sensor fusion. In fact, some of the biggest names in electronics, such as Samsung and LG, have introduced ranges of smart appliances awash in sensors. And just as the television is the center of a home entertainment system, the heart of most smart kitchen setups is the refrigerator. Not only does it serve as a hub, it is also the device that combines the most interesting array of sensing technologies.

Localized temperature sensors allow the owner to set different cooling levels for different zones of the refrigerator. Even more magically, optical sensors inside the unit are used to monitor its contents, tracking the food inventory and adding replacement items to a list when they are depleted. Of course, it wouldn’t be much of a smart device without a fancy capacitive touchscreen display, which not only controls fridge functions, but also facilitates extra features like sticking virtual notes to the door, pulling up recipes from the Internet, displaying a live video feed from inside the cabinet, and even communicating with other connected devices—each of which relies on its own set of sensing technologies to carry out its tasks.

While these features may seem flashy, sensors on refrigerators are also being used in much more practical ways. Some models are equipped with force sensors or gesture sensors that can open the door with a gentle touch or wave of your foot, respectively. Anyone who has struggled to open the fridge with arms full of groceries will understand how this simple sensor application can be a godsend.

Wearable technology that constantly monitors and records your physiological state as well as data from your external environment is about as intimate as sensor technology gets. But this new product category has benefited from being introduced in devices with which people are already comfortable. Currently, the most prevalent wearable sensing devices are smart watches (or sports bands) and ear-worn accessories (most often incorporated into earbuds). Two of the most common features these devices incorporate are footstep counters (pedometers)—which utilize data collected from accelerometers—and heart rate monitors, which typically comprise a green led light and a sensor that detects variations in the light reflected back from the wearer’s skin. But these devices have gradually incorporated more and more features, such as blood oxygen level sensors, sleep cycle monitor, ambient decibel sensors, electrocardiograms (ECGs), and altimeters. In fact, smart watch market leader Apple’s newest iWatch commercials focus entirely on health monitoring sensors built into the device, completely ignoring core features that duplicate smartphone functionality like receiving emails and text messages—an early selling point for smart watches.

Beyond these current-generation applications, wearable sensors offer the promise of bringing meaningful changes to people’s lives. For instance, blood sugar monitors embedded into fabrics could give people suffering with diabetes immediate warning if their blood sugar enters dangerous territory. The flexibility of printed electronics make them an obvious candidate around which to build these sensors.

Though the growth of the wearables market has faced an unexpected hit resulting from the COVID-19 pandemic—it is expected to grow 8 percent this year versus 89 percent last year—the segment is forecast to expand at a CAGR of 9.4 percent over the next four years. However, given the innovative applications and prototypes for new wearables in the works, the technology has the potential to become pervasive. COVID-19 may even turn out to be a blessing in disguise for the segment. Fitbit has announced it is working on algorithms that would employ sensor fusion to determine if a person might be infected with the disease by monitoring their resting heart rate, breathing rate, and heart rate variability. This timely application could not have been predicted when the Fitbit was first designed, but by analyzing the sensor fusion data it is already collecting in a new way, it is able to adapt to solve a new problem. It’s a wonderful illustration of how versatile the uses for sensor data truly are.

We hope this has given you a better idea of the depth and breadth of sensor applications. Even the most mundane devices can benefit from the integration of sensor technology, and it can be done in such a seamless way that users won’t even be aware of all of the technological wizardry taking place.

Have we sparked your imagination? Get in touch with our knowledgeable team of engineers to learn how sensor integration can enhance your products.