The Importance of Buying Electronics Made with Conflict-Free Materials

How electronics companies can help mitigate violence in the Democratic Republic of the Congo by demanding transparency from their supply chains.

One of the great advantages of using Force Sensing Resistors® (FSRs) over competing sensor technology is their low price. However, low production costs should never come at the expense of human misery, which is why it is critically important for electronics companies to ensure their supply chains are free from conflict minerals—a categorization that typically encompasses tin, tungsten, tantalum, and gold (often referred to collectively as the 3TG metals). 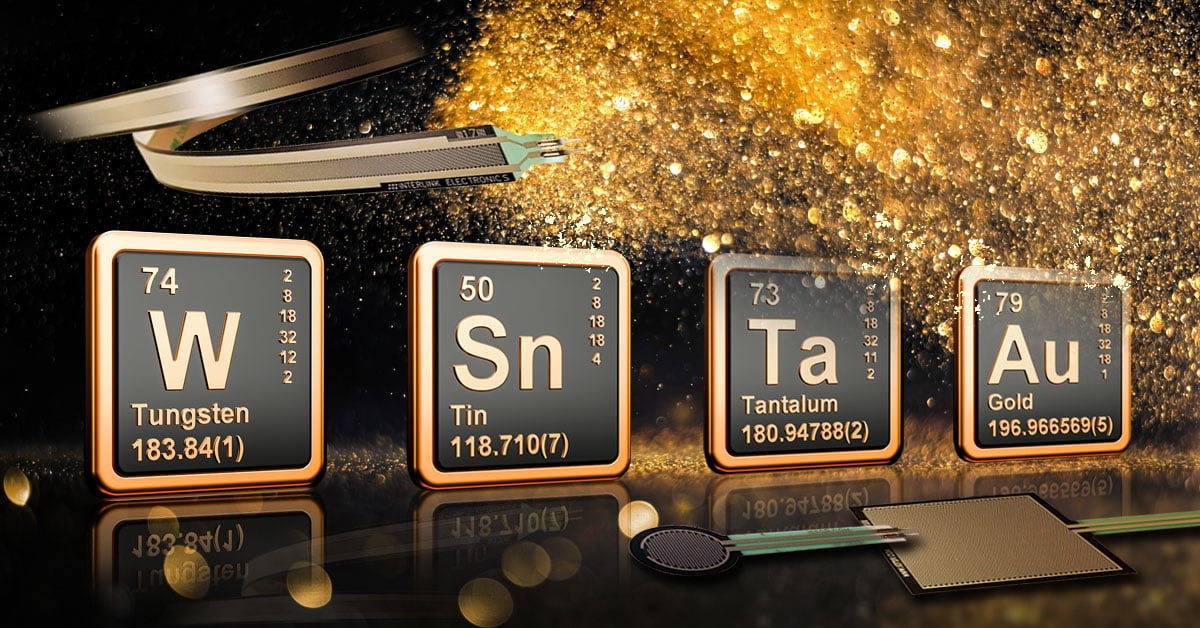 The four conflict minerals to watch out for: tungsten, tin, tantalum, and gold

What Are the Roots of the Problem?

Though the issue significantly predates its 2006 release, the film Blood Diamond brought widespread attention to the problem of the mining and selling of raw materials to finance violent conflicts in countries that are rich in resources but poor in political stability. While the sale of so-called “blood diamonds”—also known as conflict diamonds—mostly affects or at one time affected countries on Africa’s west coast (Angola, Sierra Leone, and the Ivory Coast, among others), the conflict mineral crisis is centered at the heart of the continent in the Democratic Republic of the Congo (DRC).

A country plagued by wars and ongoing local conflicts, the DRC's eastern region is occupied by numerous rebel groups who  have seized mines and used the profits from their exploitation to finance the purchase of weapons and other materiel to support the ongoing strife. Not only does this prolong the misery caused by the fighting, it diverts the profits from the sale of these resources away from the communities and people being forced to extract them.

Why Are These Resources in Demand?

The speed with which humans are integrating digital devices into nearly every aspect of their lives is astounding. In fact, the International Telecommunications Union (ITU)—a U.N. agency focused on information and communications technologies—reported that more than 50 percent of the world’s entire population was online by the end of 2018. Accordingly, demand for the raw materials used in the manufacture of electronic devices has skyrocketed, and, you guessed it, the 3TG are key components in the building of capacitors, semiconductors, and solder for circuit board, as well as numerous other applications. To meet this demand and increase profit margins, has not been uncommon for suppliers to tap these contentious regions for low-cost resources. 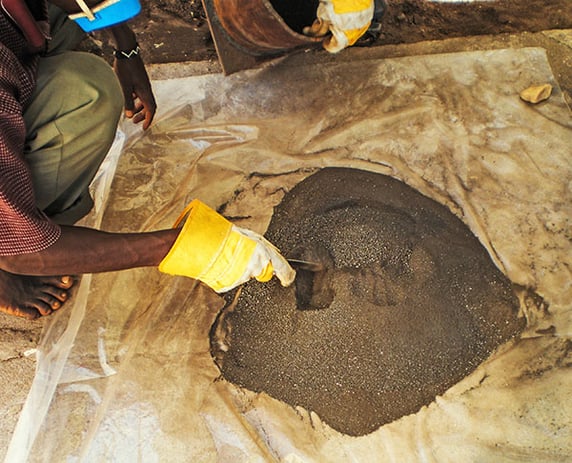 The most public effort in the United States to curtail the exploitation of conflict resources was contained in the Dodd-Frank Act and went into effect in 2012. Ensconced within the giant piece of legislation was a section that required public companies to report their efforts to verify the sources of the materials they use in manufacturing. A similar reporting requirement was passed by the European Union in 2017 (although it does not go into effect until 2021), and even China has enacted policies addressing the issue.

While some early reports were disheartening—including a Harvard Business Review study revealing that 80 percent of U.S. companies still didn’t know with certainty their materials were coming from three years after reporting began—there are signs that the pressures towards transparency are producing some of their intended effects. With fewer legitimate avenues available to sell their ill-begotten goods, these militarized groups have had to lower prices to move their product, reducing the lucratively of dealing in conflict minerals. There is also more third-party auditing of mines and other stops along the production line, like smelters and refiners, helping to give companies more information to help clean up their own supply chains. In fact, the non-profit Enough Project reports that in late 2017 there were 495 verified conflict-free mines in the DRC and that 80 percent of the world’s smelters and refiners had passed independent audits by 2018.

What Can You Do?

Although there are positive signs that the global effort to curtail the conflict-mineral-fueled violence in the DRC is having an effect, there is still plenty of work to be done. The easiest thing you can do to support the effort—whether as an individual or on behalf of your company—is to check the conflict mineral policy of the businesses you purchase from. You can find Interlink Electronics’ posted here. For our part, Interlink and its management has directly engaged with our supply chain to perform the necessary due diligence to ensure to the best of our knowledge that all our products are conflict-mineral free.

After all, with all of the benefits and enjoyment we derive from our rapidly advancing technology-driven world, the least we can do is ensure that our boon isn’t a bane to another.

Sign up for our newsletter bellow to stay up-to-date with industry news and insights from Interlink Electronics.