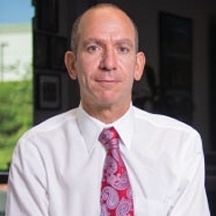 Mr. Steven N. Bronson has over 36 years of business and entrepreneurial experience. His successful background in investment banking, operations, and management has led him to acquire meaningful stakes in several promising technology companies and assuming CEO roles.

Mr. Bronson became the Chairman and CEO of Interlink Electronics in July of 2010. In March of 2011, he also took on the role of President, bringing both his operational and financial expertise to the company. Since successfully returning Interlink's business to profitability, Mr. Bronson has focused on strategic matters, mission-critical decisions, and the identification of potential acquisitions and business partnership opportunities.

Mr. Bronson has held the position of Chairman, President, and CEO of BKF Capital Group, Inc. (BKF), a publicly traded company operating through its wholly owned subsidiaries, since October 2008.

In 1996, Mr. Bronson founded Bronson & Co. and served as CEO & Chairman until November 2014. Bronson & Co., LLC, is an investment banking firm that assists both private and public emerging growth and middle market companies with raising capital, mergers and acquisitions, and advisory services.

In addition, Mr. Bronson served on the board of Mikron Infrared Instruments, Inc. from September 1996 to July 2000. During a restructuring period spanning August 1998 to May 1999, he was appointed Mikron's Chairman and CEO. Mr. Bronson led the effort of recruiting a top-notch management team, eventually increasing the company's revenue by 500 percent; it was sold in April 2007.

<< Back to Senior Management Team